We’re back again today with another quick treat in our 5 Minute Treats series! This holiday time Cinnamon-Brown Sugar Affogato was nicknamed the Churro Affogato because of its delicious ice cream base. And today you can either make, or buy, the ice cream depending on how quickly you’d like the treat!

While we’ve been stuck inside, the kids and I have been doing some fun kitchen experiments. Making ice cream has definitely been a favorite! If you can score some cinnamon ice cream at the store, then this recipe really is a super quick treat. However, if you’ve got the time, and an ice cream maker, then I’ve also included a recipe for a super creamy, custard based cinnamon-brown sugar ice cream. I don’t want to make the store bought people jealous, but this stuff is SO GOOD and SO CREAMY. I also love that you can adjust the amount of cinnamon and/or sugar to suite your tastes as well.

Affogatos are usually espresso based, but if all you’ve got is coffee right now, try brewing a stronger batch for this. The combination of the bittersweet coffee and the spicy cinnamon make for an extraordinary pairing. It’s reminiscent of the Mexican coffee, or cafe de olla that we get at a local restaurant here in Los Angeles. It’s also, quite tasty with a hunk of Churro Toffee dipped in as well.

I hope you enjoy this super simple, and yet very elegant, treat today! (Or tomorrow if you make the ice cream!) It’s about to get REAL HOT here in LA, so I’m thinking about making a few batches of ice cream this week. Have a magical week everyone!

Creamy, spicy cinnamon and brown sugar ice cream is topped with a healthy pour of bittersweet espresso in this 5 Minute Treat. A Disneyland-inspired recipe.

For the ice cream:
adapted from David Lebovitz

For the ice cream: 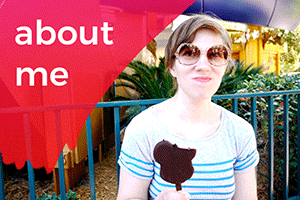